March 21st. Stand with ALL refugees 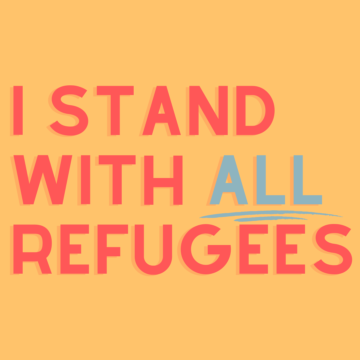 There is just a week left to go before the Nationality and Borders bill returns to the House of Commons and MPs vote on if these appalling policies will become law.

This bill will see people fleeing war and persecution – some of the world’s most vulnerable people – criminalised, detained and deported.

This week the government announced the Homes for Ukraine scheme. We are incredibly worried that this will give the government an opportunity to pick and choose who is worthy of compassion. With this scheme, they are supporting Ukrainian refugees, whilst criminalising others.

The compassion and support someone receives should be down to need, not nationality.

March 21st is the next big day of action. Get out there and make your voice heard. Whether it’s organising a vigil, displaying artworks created by the community, holding hands around a landmark or sharing messages of soliarity. Get more hints and tips here. Remember to take pictures, share on social media and invite the local press.

If you do nothing else – get in touch with your MP. See below for guidance.

The most important thing for our movement is to push some key amendments that we want to see changed in the Bill:

● The removal of Clause 11 which would permit the Home Office to treat people differently based on how they arrived here.⁣

● The introduction of a new and safe route by setting an ambitious but deliverable target to resettle 10,000 of the world’s most vulnerable refugees a year. ⁣

The House of Lords have already rejected much of this bill.

Now is the time to call on your MP to support refugee rights and let them know to vote WITH the Lords’ amendments.

Even if you have done so already, make your voice heard louder and reach out again calling on them to support these amendments.

Hi @XXXX. If you’re really serious about standing with Ukraine, you must vote against the #AntiRefugeeBill. This bill is all about punishment not protection. It’s just not right. Please do the right now and be on the side of humanity, not hostilty. 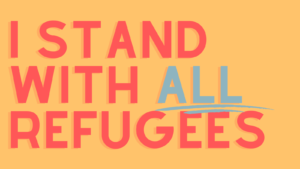 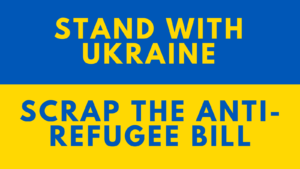 Feel free to use this graphics – tag your MP, local press and other local influential people.

2) Write to your MP. Call on them to firstly, oppose the principle of treating refugees differently based on how they arrived here rather than their need for protection. Secondly, there should be a target to resettle 10,000 refugees a year. Find your MPs email details here

With war raging in Europe, it has never before been more important to fight this bill and ensure the UK protects, not punishes, those seeking safety in our communities.