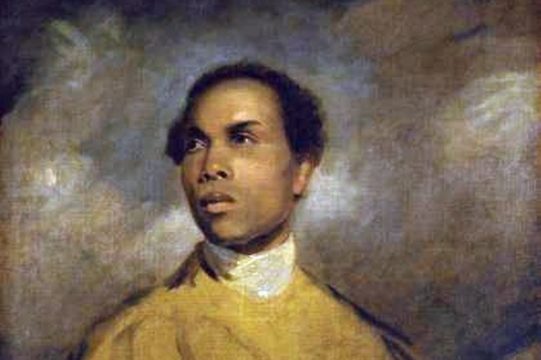 Lichfield City of Sanctuary are on a mission to bring local Black history to the fore.
In the 1700s, Francis Barber lived as a free man in Lichfield and tried to open a school, possibly making him Britain’s first Black headteacher. Born into slavery, Barber became the primary beneficiary of Samuel Johnson’s will.
Born into slavery in Jamaica in about 1742, it is said Francis Barber was brought to London as a young boy by his master Colonel Bathurst where he learned to read and write at a school in Barton, Yorkshire. After two years of schooling, Barber became a servant in the household of the renowned Dr Samuel Johnson at 10 years old.

Johnson is claimed to have assumed a parental protective role towards Barber. Johnson’s will was a testament to the attachment to, and respect for, Barber. He inherited a lump sum and annuity of £70. Before his death, Johnson had advised Barber to move to Lichfield, his own home town and somewhere he could live more cheaply than in London.

Read more about this extraordinary story here.
Today, this Sanctuary group want to highlight his hidden story by installing a Blue Plaque on his former home.
Professor of Modern History at Keele University and Sanctuary group member Ann Hughes said: “The teaching of Black history in Britain is often reduced to the efforts of Dr Martin Luther King and the Civil Rights Movement. And we should know their efforts because they were so important but our own history is rich with stories of Black people in the country.
Secretary of the Lichfield City of Sanctuary group hopes the plaque will serve as a reminder to Lichfield that it has a long history of welcoming those who have been ‘othered’.
He said: “Lichfield is a community that has always welcomed newcomers, it’s this is part of our heritage welcoming new people.

“As we see people fleeing Syria, Afghanistan and Ukraine Lichfield may soon become their new home and we want those people to know that the town has a long history of warm hospitality.

“Asylum seekers and refugees need to feel welcome, and we hope to reveal this hidden history will offer that as well as wider education to those who live in Lichfield.