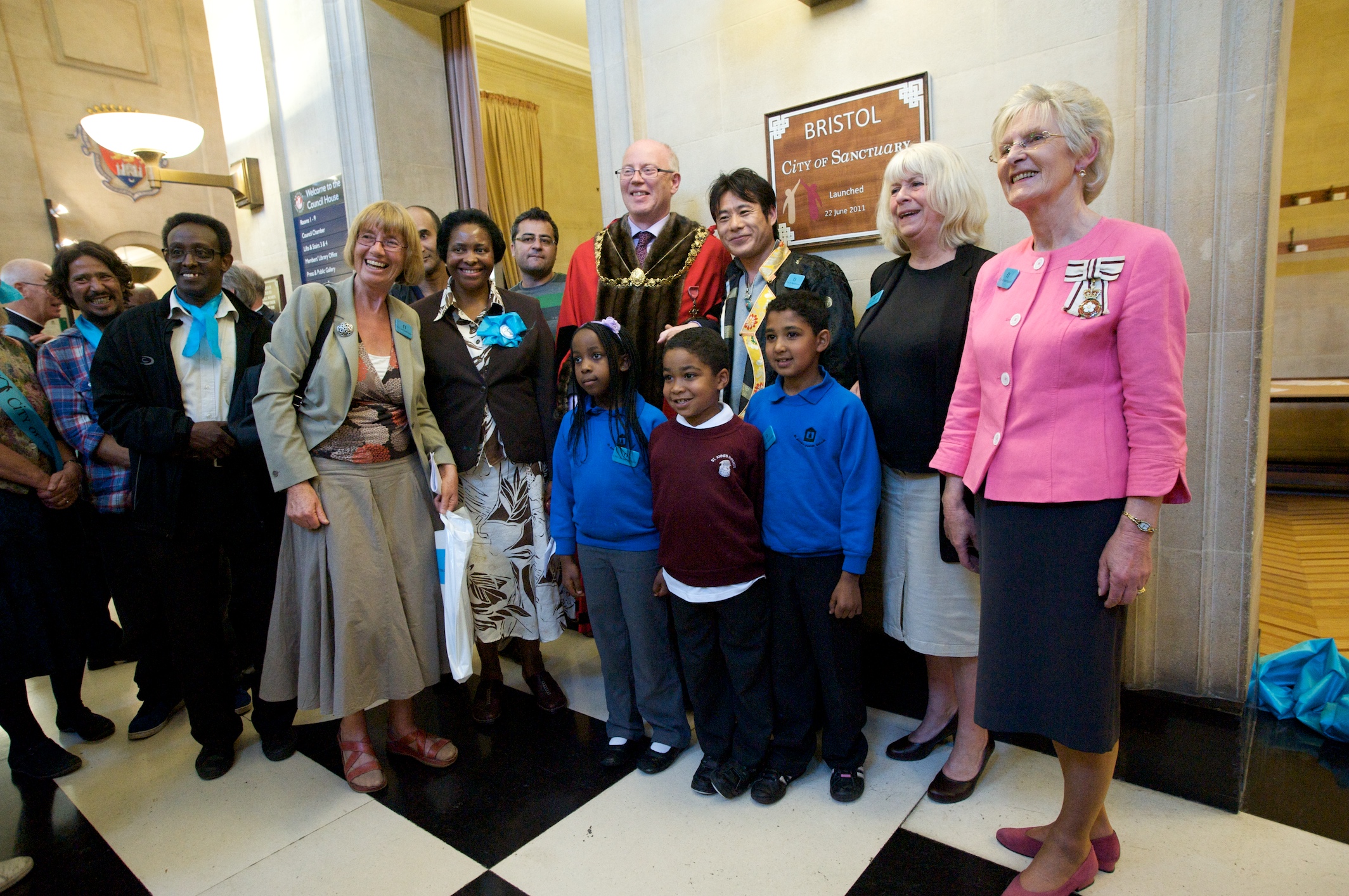 This article has been written by Forward Maisokwadzo from Bristol City of Sanctuary who is also an inclusion advisor to the Mayor of Bristol. It is part of our series on Working with Local Authorities.

In the main lobby of City Hall is a plaque celebrating Bristol’s status as a City of Sanctuary. That status was endorsed by the Council in 2010 and is a mark of pride for the city. The plaque was donated and curved by a Tibetan refugee. 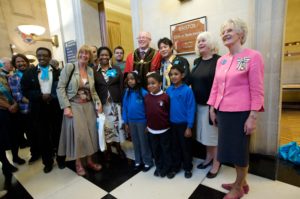 Bristol City of Sanctuary like many other groups was inspired by the Sheffield City of Sanctuary. Our journey began in October 2008, when the mentioned council official shared the Sheffield story with Refugee Week Steering Committee who were responsible for organising Celebrating Sanctuary- a key annual Refugee Week event in Bristol. Everybody at the meeting welcomed the idea and agreed that it was an initiative which the city of Bristol must be involved. To develop the initiative a steering group comprising people from the Council, Councillors, and people seeking sanctuary, business and voluntary sector was set up. From the beginning, the council was committed to the idea of Bristol becoming a city of sanctuary. Bristol is one of the fast-growing diverse cities outside London. This is one of its great strengths. Therefore, securing the benefits of Bristol’s diversity by being a more inclusive organisation will help the council to: be more creative; make decisions that are informed by diverse points of view; know our communities well and listen to them more closely; design, commission and deliver the most effective possible services, and make the best use of council resources.

In less than 18 months about 100 organisations across all sectors and over 1500 individuals had pledged their support for Bristol to become a city of sanctuary. On Tuesday 16th November 2010, Bristol City Council voted with the majority giving their support to Bristol City of Sanctuary. In doing so, the Council agreed to adopt the following statement:

“This Council recognises the contribution of asylum seekers and refugees to the city of Bristol and is committed to welcoming and including them in our activities. The council also recognises that a comprehensive, coordinated and forward-looking approach is needed if the City of Sanctuary, the welfare of people moving into the city, and community cohesion between new and existing communities are to be supported effectively. The council endorses Bristol’s status as a City of Sanctuary and will work to implement the City of Sanctuary pledges through its Community Cohesion Strategy 2010-13.”

To celebrate its new status the city held a multicultural event on Wed 22nd June 2011 which consisted of a civic launch at Bristol City Council Conference Hall and a promenade performance at the Bristol Cathedral. This event marked the beginning of the next phase of Bristol as a City of Sanctuary; it was a Call to Action, aiming to raise awareness and inspire Bristolians to undertake different welcome initiatives across the city.

Bristol City Council is already engaged in a range of activities, which are supporting the aims of being a City of Sanctuary. The Mayor of Bristol launched the Council’s Corporate Strategy in February 2018 to set out the ambition of driving a city of hope and aspiration where everyone feels welcome, included and shares in its success. Part of this drive is also on how to ensure migration is a benefit for all, and to create real and positive impact for citizens and communities. How to live in our City of Sanctuary status? Therefore, the inclusion of all newcomers is a key principle of the Council’s policymaking. A refreshed Refugee and Asylum Seeker Inclusion Strategy 2019 was agreed. The strategy’s overall objectives are to meet the basic needs of asylum seekers and refugees, promoting economic inclusion, promoting social integration, building Bristol as a safe haven and influencing the asylum system. This strategy is implemented by a Departmental Staff Group made up of senior officers across all service areas. 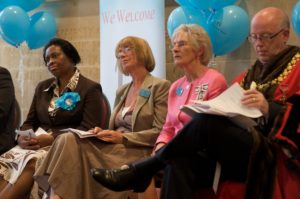 This also includes working with and supporting voluntary and community sector organisations and groups across the city.  This is across the breadth and depth of its roles and responsibilities covering education, safeguarding, housing and homelessness, education, community safety, employment and skills, procurement, as well as neighbourhoods and communities. Other examples include working with the West of England Combined Authority and the South West Councils to develop an ESOL strategy for the region that meets the needs of refugees and asylum seekers. The Children and Families Services are working with a cluster of other cities in Europe to develop a toolkit and action plan to encourage volunteering, particularly amongst young refugees and asylum seekers. The council provide grants to some of the refugee charities running welcome centres and providing services to people seeking sanctuary. 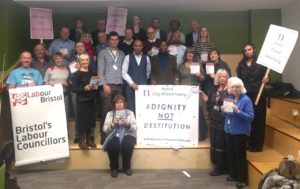 The council is also involved in the VPRS and currently had resettled 100 families. It is also taking every possible action to fulfil its commitments to resettle children through the Dubs scheme. Bristol is also one of the cities involved in the Inclusive Cities initiative– a knowledge exchange initiative supporting UK cities and their local partners to achieve a step-change in their approach towards the inclusion of newcomers.

However, despite all these activities, there are many hurdles we still need to overcome, together we can make Bristol- a City of Hope, a City of Sanctuary.