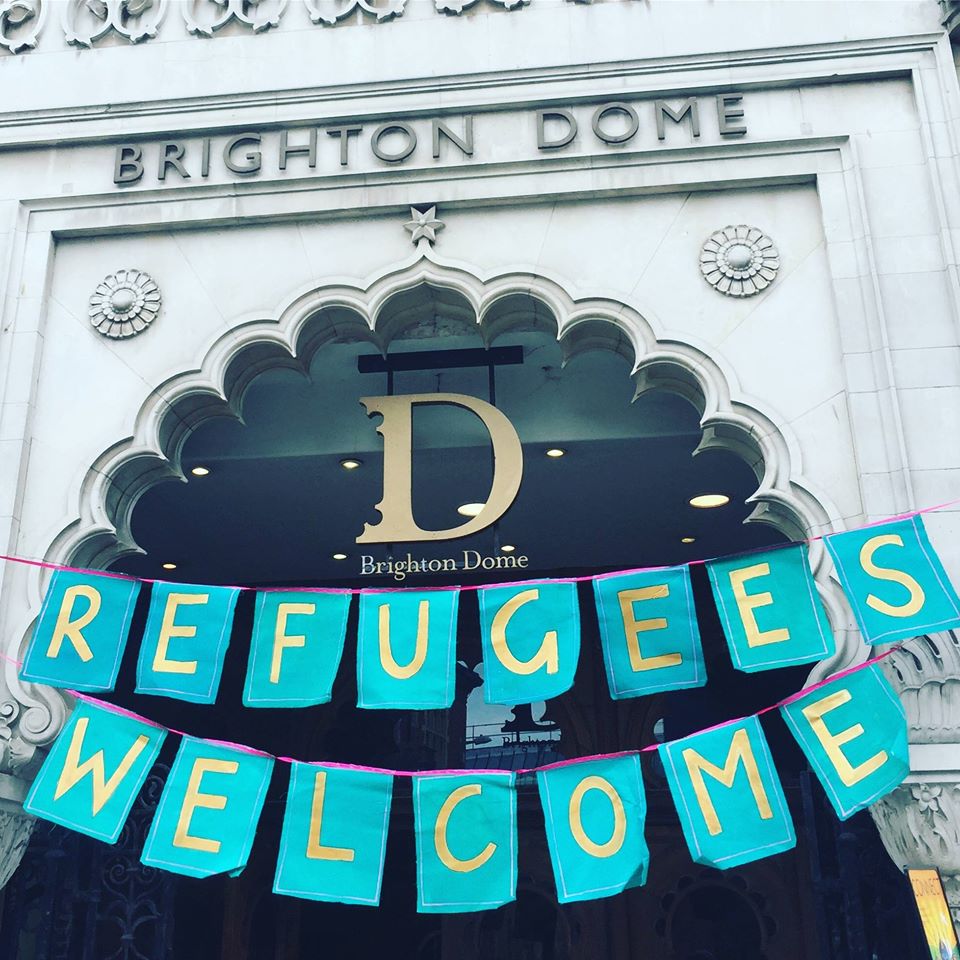 The following article has been written by Richard Williams, chair of Sanctuary-on-Sea in Brighton and Hove. It is part of our series on Working with Local Authorities.

When Warren Morgan, the then Leader of Brighton & Hove City Council, accepted a City of Sanctuary Award in June 2015, he promised to display the certificate at the entrance of every public-facing Council building.  I was pleased to see it was still on display at Brighton’s historic town hall last week when I arrived for the quarterly meeting of the Refugee and Migrant Forum.

The local City of Sanctuary group, Sanctuary on Sea, had not long been in existence at the time of the award but already had a close relationship with the Council, as well as strong support from local MP Caroline Lucas.  A council officer, Lucy Bryson, had been a founder of the group and continues to sit as an observer on the management committee. Sanctuary on Sea had broad political backing: in March 2015 councillors from all the major parties voted in favour of a City of Sanctuary motion proposed by Leo Littman (Greens) whose grandparents had fled pogroms in Eastern Europe. 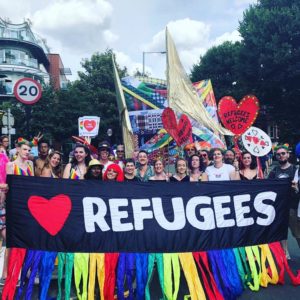 Back in 2015 the process and criteria for making an award to a city were a little fuzzy. The Council’s City of Sanctuary motion had welcomed “the good work going on in the city to make it a welcoming, inclusive and supportive community which offers safety to those who need it“.  It was true that the city had a thriving voluntary and community sector supporting refugees and migrants and history of celebrating diversity, but our group wanted to see the Council make a concrete commitment of its own. We wanted our city to take Syrian refugees arriving on the government’s Vulnerable Person’s Resettlement Scheme.

This was no easy task, as the city faced a housing crisis with 20,000 on the council waiting list. We agreed that we would work together to find landlords prepared to offer suitable accommodation at affordable rent. Happily, landlords stepped forward and we now have 15 resettled Syrian families in the city, well on track to meet the city’s current commitment to take 20 families.  We have supported the establishment of Syrian community group and its Chairman, Ahmad Yabroudi, now sits on our management committee.

Last week Mr Yabroudi asked the Council a public question about what it was doing to help young refugees.  The Council adopted a motion reiterating its offer to take 100 lone child refugees and urging the Prime Minister to keep to his commitments to allow young refugees stranded in Europe to reunite with their families in the UK. 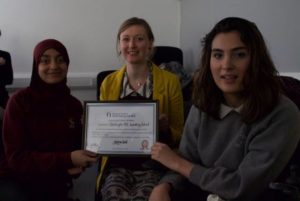 Sanctuary on Sea works in close partnership with the Council on our Schools of Sanctuary programme and has made 22 Awards, including to two Nurseries of Sanctuary. We have been working with the city’s Jubilee Library on its submission for a Library of Sanctuary award and members of our management committee established the Network of Migrant Women, a peer support group that meets in the library.

We are uniquely placed to play a convening role in the city, as when we gathered statutory and community and voluntary partners to discuss how to improve provision for refugee children and young people. We also brought service providers together to meet Lord Dubs, who was collecting evidence for a report on mental health provision for young refugees. We supported our partner, the Hummingbird Refugee Project to create the first Youth Club of Sanctuary.

But this strong working relationship doesn’t prevent us from being critical. We supported the ABC campaign to withhold certain personal data from schools lest it is shared with the Home Office, we sought assurances that the Council did not host embedded Home Office staff (it doesn’t) and we have given a platform at our AGM to young refugees who described their experience of everyday racism. 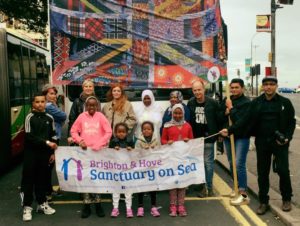 Brighton and Hove frequently cite its status as a City of Sanctuary in its public messaging. We are delighted, of course: every mention by a politician or in a Council press release represents potential leverage to achieve positive change. The city’s new corporate plan for 2020 to 2023 includes a commitment to remain a “Proud City of Sanctuary”. We look forward to facilitating a discussion within the refugee and migrant community and voluntary sector, with experts by experience at its heart, about what that means in practice, especially in the context of Brexit. We will gather ideas and inspiration from other City of Sanctuary groups, Local Authorities and the national network’s emerging thinking on criteria and will work with the city council at all levels to ensure that ours is a City of Sanctuary that we can all continue to be proud of.