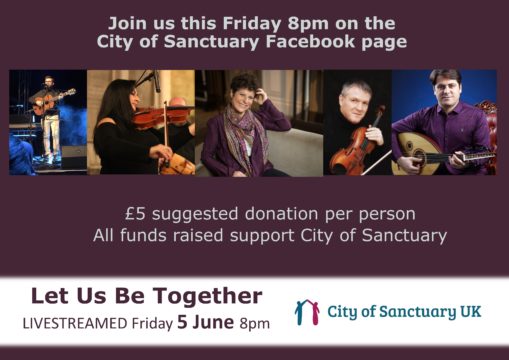 On Friday 5th June, exiled classical musicians from Syria living in the UK and China will be performing alongside internationally renowned pianist Margaret Fingerhut for an online fundraising finale for the UK charity City of Sanctuary.

Margaret Fingerhut, who dedicated most of her last year’s performances to raise money for the charity, has already raised £82,000 last year with her series of 32 piano recitals all around the UK.

City of Sanctuary, who support a network of over 120 towns and cities across the UK to be welcoming places for people seeking sanctuary, will be live-streaming the concert on Facebook Live. Margaret hopes that the final concert will bring together many supporters to reach her fundraising target of £88,000, representing £1,000 for each of the 88 keys on a piano.

For Friday’s event, Margaret is also joined virtually by other musicians including Syrian viola player Raghad Haddad from the National Syrian Orchestra (now living in Birmingham) and Arian Hu, a Kurdish composer and oud player now exiled in China. Arian (formally Moutaz Arian) is the composer of the Anthem of the Olympic Refugee team in 2016. The performance is hosted by City of Sanctuary’s very own singer-songwriter Sam Slatcher – who runs the Stories of Sanctuary refugee music project that brings together people seeking sanctuary through supporting communities to write original music

Last year Margaret performed 32 piano recitals across the UK with a special programme she titled ‘Far from the Home I Love’. The composers’ stories, together with the music she chose gave a powerfully emotional context to the theme of migration.

“It struck me that the landscape of classical music would be very different if composers had not been allowed to migrate. Many composers had to move away from their homeland, either because of war or fear of persecution, or they simply migrated for their work. So I used their stories and their music to resonate with the current attitudes towards refugees and those in exile.  As the granddaughter of immigrants, I felt I had to do something to counter the rising tide of hatred and intolerance towards others.

It was a truly uplifting experience to do this tour. I met so many wonderful, altruistic people offering help to asylum seekers who have come to the UK. I also met a number of the refugees themselves and heard their heart-breaking stories first-hand.  Many of them would be alone and destitute without the compassionate support of City of Sanctuary groups. During the tour I performed in cathedrals, churches, synagogues, arts centres, universities and schools. Friday’s online concert will be a wonderful way to conclude the programme to support those who are particularly vulnerable during the lockdown”

You can tune into the concert on www.facebook.com/CityofSanctuary at 8pm on Friday 5th June 2020 and also on Margaret’s website www.margaretfingerhut.co.uk 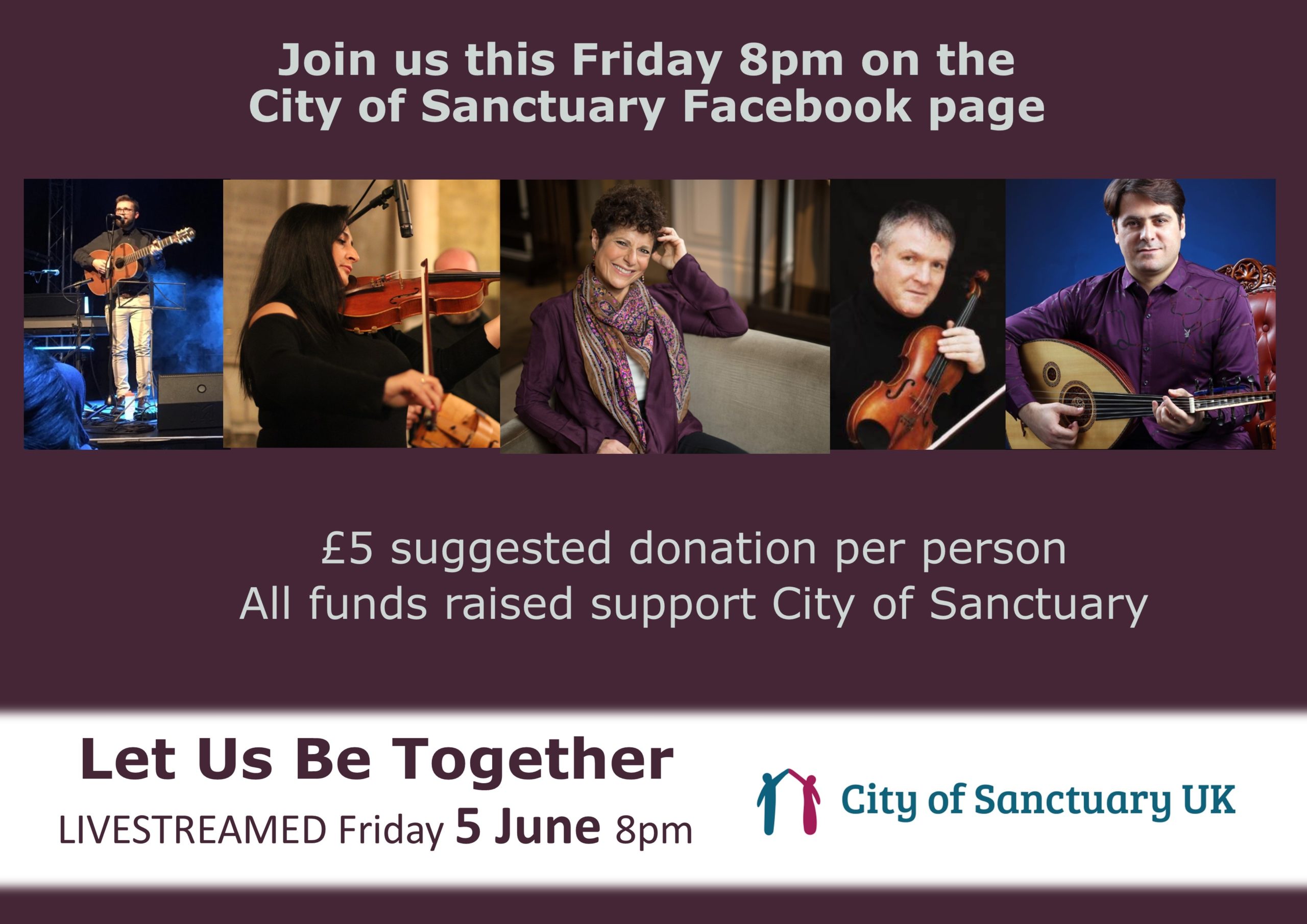